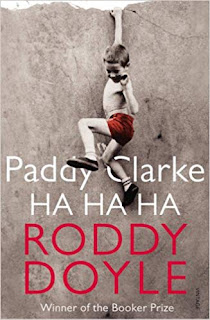 Patrick Clarke is a boy of ten. From Barrytown in Dublin. A growing boy with a lot to discover. A brat at times, a caring child at other times. A quick learner, an interested and curious student.

The book is his ramblings about what he sees around him, the way he behaves, and the way others around him do. At times, you feel ‘I’m happy I’m not neighbors with him’.

Literal translations of his thoughts, gibberish, heartlessness, care, fear, dare, adventures, and childish analysis fill the pages of this book. And his friends are as grown up as he is and as child-like as he is; their thoughts and actions only complement his.

We have heard it like a million times that a child’s upbringing, what he sees and does at home, what he sees his parents doing and talking about has a strong influence on and manifests his/her personality and attitude.


And still there is shouting and abusing in their presence, hidden in the shrouds of normal behavior. A smack heard in the kitchen – did something fall, oh! It was the table. They aren’t fighting! They are! No, they’re just talking; grown-ups do that all the time.
We don’t need mentally strong children now, do we? Not altered in this way. We don’t need them to say ‘I understand’ and really understand the forced brutalities of life. We’d rather let them worry about that unsharpened pencil than the sobs of a parent. We need to let them be what they are – children.
Easier said than done! Grownups have their lives too and let’s be practical, incidents happen; you make mistakes, you realize your mistakes, sometimes you let go, sometimes it’s awfully difficult. But never let it escape you that you’re being watched. By innocent eyes. And what you’re doing is taking away that innocence little by little; a permanent uncontrollable damage that probably will be presented to a shrink to analyze and comment on, later in life.

Parents who think that their behavior doesn’t affect children - read this book please.

Grownups, who think they can hide their emotions, keep things secret, fight and abuse when no-one is looking, think again! – read the book please.
The book reminded me of ‘The curious incident of the dog in the night time’ by Mark Haddon. 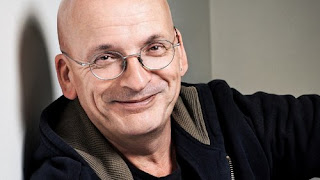 Posted by comfortably numb at 9:38 PM